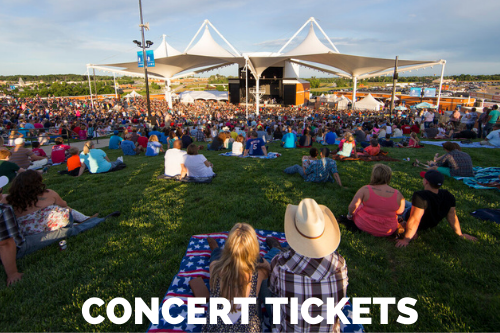 Nothing like Walmart Amp Concerts!  Located in the heart of Northwest Arkansas, just off I-49 in Rogers AR, the Walmart Amp is the perfect venue for an epic concert. There are now more flexible viewing options, more gathering spaces, more restrooms, additional gates, and an additional entrance. There’s covered seating as well as expanded lawn seating.

Additional plaza areas like the Choctaw Plaza, intentional shaded space, and an 80’ bar provide plenty of places to park your body while you relax and have a good time.

Some of the best restaurants in Northwest Arkansas are located right around the venue including Uptown Kitchen & Taphouse featuring American Classics, 100+ taps, local brews and craft-beer flights.

Other specialty restaurants include:

Smitty’s Garage Burgers and Beer has a unique burger menu and plenty of beer.

Theo’s is an upscale restaurant and relaxing wine bar specializing in steaks and providing an impeccable dining experience.

Local Lime offers a great space to get tasty tacos and margaritas.

Grubs Bar & Grille has a terrific lunch menu of salads, burgers, sandwiches, wraps and stuff (all items are $9.99). Atmosphere is perfect for a business lunch, happy hour, watching a game or family.

Ruth’s Chris is a top fine dining choice for celebrations of any sort including birthdays, anniversaries, weddings and more. It is known for its excellent steaks.

You’ll love being at one of the Walmart Amp Concerts, it provides the ultimate entertaining experience.

Get your concert tickets here:

Thursday, June 23rd: Fitz and the Tantrums with St. Paul & The Broken Bones

August 16th: Incubus with Sublime With Rome and The Aquadolls

Thursday, October 13th: The Black Keys with Band of Horses and The Velveteers

Click Here are tickets for concerts in Fayetteville AR.

Note:  Image at the top of the page is courtesy of Arkansas Dept of Parks and Tourism Walmart AMP (Arkansas Music Pavilion).

GET YOUR HOG TICKETS HERE!

GET YOUR WALMART AMP TICKETS HERE! 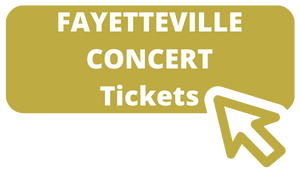